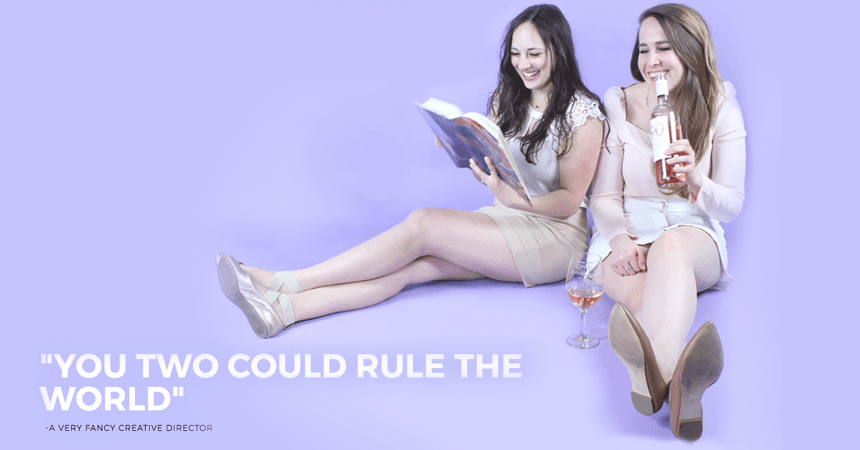 Want a Creative Career? Here’s What You Need To Do.

Aliza and Haley’s new jobs at Y R in New York are just one of the creative career success stories we’ve received from our grads in the past couple of weeks. Here’s how they did it.

Like many recent grads, Aliza and Haley landed their new jobs after a successful internship. (The school finds hundreds of internship opportunities every year, so all students have the chance to intern.) But their partnership didn’t begin there. They had teamed up long before at Miami Ad School New York.
“You girls giggle a lot, but you get sh*t done.”
—Miami Ad School Teacher
Fun-loving personalities and solid work ethics—not bad things to be known for. Put that together with a killer portfolio site and the over 100 industry contacts they made while still in school, and it’s no wonder that Y R New York snapped them up right after graduation. Aliza and Haley were going to land great jobs quickly and Y R knew it. There was no sense in letting the competition have them.

Some work from Aliza and Haley’s portfolio site. Click the images to view.

Here’s a list of some of the other Miami Ad School grads hired or making moves over the past couple of weeks:

A lot of the new hires met their future employers at one of Miami Ad School’s Portfolio Reviews. Some grads were hired as a result of impressive internship performances and some by teachers who knew they had spotted someone they wanted to work with. Still others found their opportunities via the Job Leads for Life program that provides graduates with hundreds of job leads every year—at all industry levels—throughout their careers.

Your creative career is here. Learn How to Apply or Apply Now!