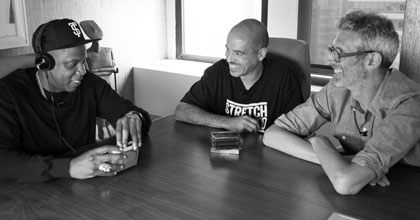 From Wall Street to Miami Ad School, Then Jobs at MTV, Yahoo and Now His First Feature Film, Stretch and Bobbito 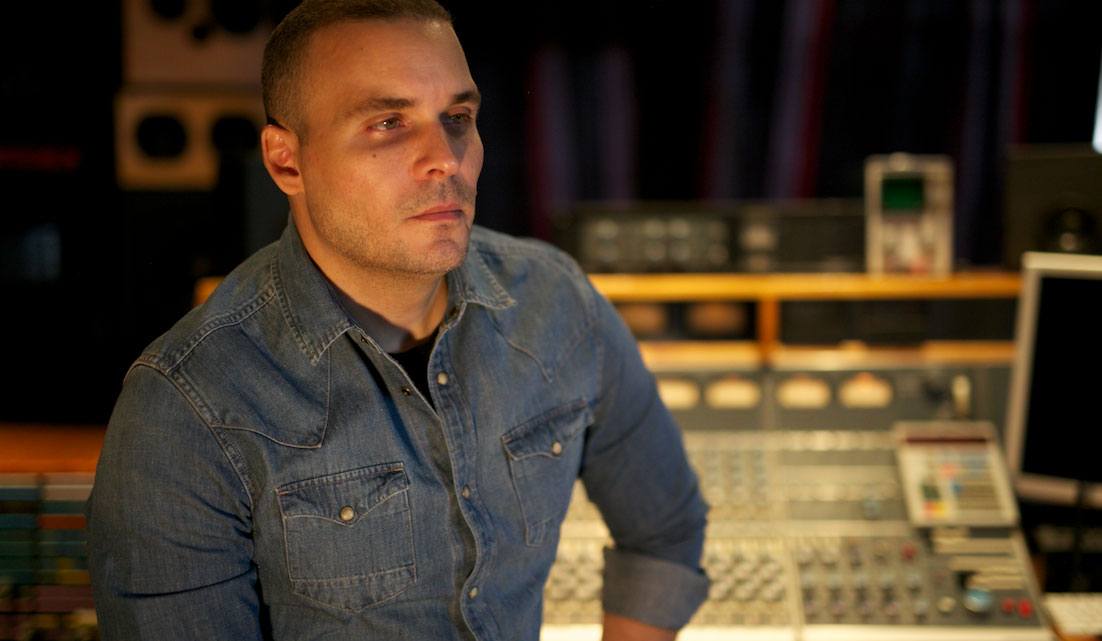 Omar Acosta is a graduate of Miami Ad School's  art direction program. Now he produces films and videos and, between projects, teaches at Miami Ad School.

When he was growing up art had been an important part of Omar Acosta's life but he never thought he could earn a real living in a creative career. Omar felt he needed to be more conventional so he started as a stockbroker trainee. While the year-long Wall Street job served as a bootcamp in business education, it also made Omar realize how important it is to do something with your life that you love.

Omar explains how going to Miami Ad School, Parsons and his jobs at MTV, Yahoo, Prologue and Microsoft were the stepping stones to launch his own production company.

Q: What gave you the idea for your first movie Stretch and Bobbito?

I've been waiting to pull the trigger on a feature film for a long time. This story had to be told and is something I feel passionate about.

Stretch and Bobbito is the story of two friends from two different worlds. One from the upper west side of New York and the other from prominent Park Avenue. Together they started a radio station out of Columbia University that broke today's biggest hip hop artists.

They gave Jay Z, NAS, Fat Joe and Eminem a start to the unthinkable. Stretch and Bob were the gatekeepers of the genre, opening doors that many thought never existed. I was a listener of the show and had a strong emotional investment with the story. This pushed me to want to tell the story about these unsung heroes and the music that I love.
Q: Making a movie is a huge project. How did you make it happen?

I had just watched Bobbito’s film, "Doin’ It In the Park", and fell in love with it. After seeing the movie I gave Bob a call and discussed my idea about making the movie "Stretch & Bobbito". He turned me down a few times, but finally he agreed to the picture. Everything started moving very fast with the distribution deal and we were shooting within a matter of a week.

I wanted to surround myself with the best talent I could. I have a writer that works for me, a Miami Ad School alum, Kristin McComas, who knew I needed an assistant on the production side. She immediately introduced me to Paula Vasone, another graduate. Paula was an amazing addition to the team and credited as associate producer on the film. She'll be working with me on my next picture that's currently in the early stages. Paula works hard, no matter what. Her attitude never shifts and is an amazing person and talented creative. I’m very proud of her.

Q: The movie is selling out at theaters. How can people see the movie?

Right now you can check it out on iTunes (in the New and Noteworthy section and also under Documentaries). Or you're invited to a special showing at Miami Ad School on February 13th. If you want to see the movie at the school be sure to RSVP.

Q: How did you decide to start your production company?

I have always wanted to have my own company. I began my first one while I was still in school, but it didn’t really go anywhere at the time. Nevertheless, it was great training. The itch to have my own thing really came down to timing. When the economy tanked in 2008, pink slips were handed out and budgets were slashed but, it opened the door for me. I started Omar Acosta Productions. Despite the industry being in despair, this was my chance to really take control of my work. It ended up being one of the best things I've ever done. I've been able to move faster and push out work more efficiently.

Content creation is what I call product placement on steroids. It’s when a consumer willingly wants to view a spot or interact with a product because they want to see the story that is being told in the piece. The story doesn't have to be a movie or a video. Instagram, for example, is content creation.

I never planned to get into content creation. I stumbled into the career because the storytelling perspective is a part of my natural creative process. Whenever a client asks me for a piece I try to tell a story, whether that's print or time-based media. YouTube, allows for content to have a longer lifespan. Conversely, Snapchat is content with a defined lifespan which can drive market awareness and engagement even further. The metrics in these platforms allows content to be defined and served to consumers who would be most interested in the brand's story. I'm very excited about user-generated content too. Oculus Rift is a new medium I've been following for some time as well.

Q: What’s your next project?

Currently I am working with Mercedes to continue more content creation. We shot the first piece in France in November and it was just released about a month ago. So far its had huge success, grabbing 50K likes on Instagram on the first day.

The lifestyle spot featured the Mercedes Marco Polo and Killian Jornet, the world’s most elite trail runner, paralleling the Marco Polo to the life of the runner.

My writer, Kristin McComas, wrote the entire dialogue for the piece and was involved throughout the concepting process. This was a huge piece for her portfolio taking her work to the next level. I’m very proud of my team once again.

And the trailer can be viewed on iTunes or on OmarAcosta.tv

Q:  You’ve had a very interesting career. What led you to where you are now?

My first job after Miami Ad School was with MTV as a designer, a huge step for anyone in the industry at the time. MTV was still playing music videos and the energy was great. Initially, I worked on commercials and IDs (the 10-30 second animations that ended with the logo). These pieces were called fillers and were placed whenever the platform was left without content. The fillers took on a life of their own.

Opportunity presents itself in unique ways. MTV was going through a budget cut but they still wanted million-dollar work on a dollar budget and completed in an extremely narrow timeframe. I saw the challenge as an opportunity - I had no choice! I decided every piece needed to have meaning behind it, both aesthetically and conceptually. I challenged myself to take every project to the next level.

I cut my teeth at MTV. They allowed me to take risks. For example, I aesthetically generated an entire show out of graffiti for Christina Aguilera. This was an idea that I had had for a while. I wanted to turn a personal passion into an artistic element for viewers. This was something that had never been done before and after some convincing MTV gave me the green light to make it happen. As a result of doing these types of projects, I was approached by artists who wanted music videos and art on a variety of platforms.

After MTV, I was recruited by Yahoo as a Creative Director in an LA-based in-house ad boutique they were creating. This new opportunity really peaked my interest and I also wanted to prove to myself that I could do more than just TV. Myspace was the platform-du-jour and Facebook was growing at Harvard; YouTube had been bought by Google. The writing on the wall was clear.

I decided to run with the offer and see where it would take me. When I first began they brought me in to work on a project called Word (but code-named Voltron). The idea behind the project was to create a constant streaming of content within a generated platform. It was an interactive channel. This was my first introduction to what is now referred to as content creation. Besides Word, I also worked on the rebrand of Yahoo which included redesigning the logo.

Eventually, Yahoo ran out of funds and Word was dissolved. Leading me to move over to the LA studio, Prologue, Kyle Cooper's new venture. It was important to me that I learn under him, and I did.

While I was at Prologue I worked on Iron Man, Gillette, Toyota, Spider-Man, the NFL, did work for Ben Stiller and on a ton of pitches. This job gave me a confidence I didn’t know I needed and pushed me to my limits in both elements of design and conceptual thinking. This was my career game changer and one of the most difficult and taxing jobs I have ever had. Many days I would arrive at 10 am, get out at midnight or even 4 am, and be back again at 10 am. I lived a few blocks away on Venice Beach so that was helpful. I would never trade the opportunity. There I was surrounded by some of the best designers in the industry. That job pushed me beyond my limits.

Microsoft pulled me away from Prologue. They flew me up to Seattle and asked me to work on a top-secret project called Surface. A unique multi-touch technology coined Natural User Interface or NUI (newy). Apple just introduced the iPhone and I knew they had to be working on something similar. At first, I questioned what I could actually bring to the table for them. They wanted me to be the creative director. At that point in my career, I wanted to try something new. I knew that I could always go back to making movies, and again I wanted to prove to myself that I could do something different. Surface allowed me that opportunity and led to multiple design patents.

Q:  What was the most important thing you learned in school that prepared you for your career?

Concepting was definitely the most important thing. It's a skill you have to condition your mind to do. I had design in my background, but at Miami Ad School my thinking completely changed. I learned to approach projects from a conceptual mindset. Every single piece of my work began to have meaning behind it. I dove into storytelling.

Q:  How did you hear about the school?

I heard about the school from friends that were at FIT. A few of them were studying advertising and preparing to attend Miami Ad School after graduation. I honestly did not have any interest in advertising, but the school intrigued me. I knew right away that I wanted to be a part of something so unique. I packed my bags and started in the fall.

Find out How to Apply and start your new creative career.
Next quarter starts April 4th.