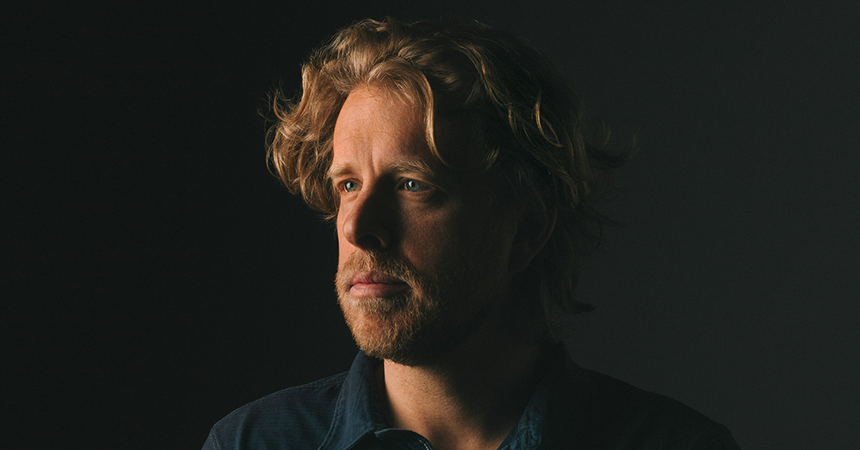 ‘In advertising, you are only as good as your last ad.’ —VP, Creative and Experiential at Meta, Andrew Keller

How did you get into advertising?
Signs just kept showing up over and over until I couldn’t ignore them anymore. The first in third grade at a career day. Then, on a Meyers Briggs Personality Test. I met some people that went to PC when I was playing in a band after college, but somehow I still wasn’t sure. Finally I got a sign from an aptitude test designed to help you choose a profession. A month later, I started at M.AD Atlanta. I think it was destiny.

What was your experience at Miami Ad School Atlanta like and how did it help prepare you for working in the industry?
I started learning when I applied to M.AD. I was an English major, so I though I’d be a copywriter. I found that there were no open spots in the next class at the time. Then, miraculously, an art director spot opened up, so I jumped at it. To work in advertising is partly about having a great idea, but mainly it’s about having lots of ideas and never giving up.

“It’s better to play a part in lots of great projects than to seek total ownership of one.”

What are some of the biggest challenges you faced starting out?
Work is not school. There is no time to finesse and think through. I figured we’d show an idea, sell it, and then make it perfect. I was wrong. You really need to have almost all the answers at the beginning.

How did you get your first job at CP+B?
A friend of mine from M.AD Atlanta, named Scott Stripling, told me about the shop. The day before they offered him a job, he got a job offer at the Martin Agency and took it. So Alex Bogusky asked Scott if he knew anybody else and he suggested me. I went down and freelanced for the weekend and didn’t get the job. Two years later I went back and got hired after sending Alex a photo of me in a Robin from Batman costume, holding a bottle of tequila with the words, "whatever it takes.”

Did you ever think you would be CEO of a global agency?
No. Ha. I remember a speaker came to PC and asked the audience who wanted to be a creative director. I didn’t raise my hand. I was focused on just wanting to be an art director and create. CEO was never on the radar.

What do you think is the smartest career path for an ad person? Do you even need to map out a career path?
Put your agency first. Early on, I worked on new biz materials for the agency. It was’t going to win me an award or go in my book. In the end, I learned so much. That had a huge impact on me and how the agency perceived me. It created a lot of opportunities.

You are an accomplished musician. How has music helped shape your career?
Music has probably played the largest role in my career. It taught me how to create from scratch and in a box; to perform and present; to blend, sing in harmony, collaborate; and to balance a vision with the needs of a client. I learned discipline and focus and to practice. Music has also taught me how to lead when necessary and to use the all the individual gifts of each person in a band or on the team. Music so often literally plays such a big role in much of the work we do.

How has the industry changed since you started? How have agencies evolved?
We get to make so many things now. From Super Bowl spots to apps to products. We have more opportunities to interact deeply with consumers. We can can speak directly to them, in more diverse and relevant voices. We get to create relationships. We get to build and invent real utility for the world. We get to work at the center of what a brand means, helping brands find their purpose and their way in life. It’s very fulfilling.

What do you love about this industry?
As a creative, I’ve always loved that it was just about your portfolio. I was pre-med and I took the MCATs and hated it. In advertising, you are only as good as your last ad. That’s awesome because no matter how bleak things may look, a great idea can literally save the day. It can save a client's business and it can change the trajectory of an agency.

CP+B has gotten very involved in product development.
How important do you think it is for agencies to have other revenue streams these days?
I think it’s very important. We learn from it, we recruit with it, we feel fulfilled based on it, and it leverages our core strength and our business model. Advertising agencies have great ideas and know how to give brands an advantage. Most can even produce it all. That’s huge. Capital, development and distribution have been democratized and commoditized. And while some like to say that advertising has been commoditized, creativity has not.

What’s the thing you’re most proud of in business?
Launching MINI is probably the accomplishment I’m most proud of as a creative. Working on a great product with even greater people was a wonderful and pure experience. And as a CEO, it’s a big deal that last year was our second-best year in CP+B history.

Biggest mistake?
My biggest mistake has been my reaction to mistakes and hard times. I became very emotional about losing clients and having to let people go, and I would freeze up. I would become depressed and negative. That’s a huge mistake. We all fail. Learn from it. Move on. Don’t dwell on it. Take responsibility, but don’t take it personally.

“We all fail. Learn from it. Move on. Don’t dwell on it. Take responsibility, but don’t take it personally.”

What advice do you have for people starting out in this business?
Always tell the truth—to your clients about their problems and what is necessary to solve them, to yourself about the quality of your work and your personal goals and to consumers.

How do you inspire passion in your employees?
Give them freedom. Don’t over-manage them. Look for ways to say yes to the things that light up their eyes.

What is the most important piece of advice you have for young creatives?
Be truly collaborative. Ask people for their opinions and advice. Don’t try to be a hero or do it alone. It’s better to play a part in lots of great projects than to see total ownership of one.

In January 2016, Andrew Keller became the first-ever Global Creative Director for Facebook’s Creative Shop. Here’s a presentation he made at the One Club where he passes on some of what he learned from his first 30 days on the job.