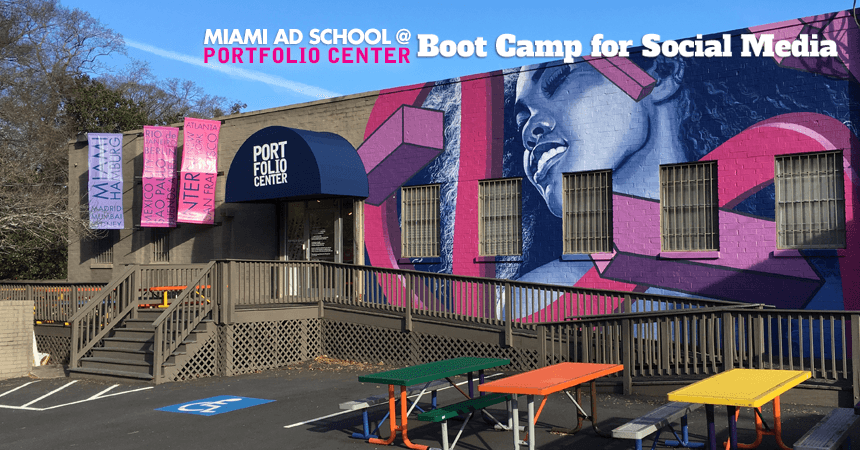 Land an opportunity in one of the fastest-growing career fields. Get the skills you need in just 12 weeks in Atlanta starting July 3rd.—apply by May 26th.

Back in January of this year, the number of jobs listed was just under 38K. That amount seemed really impressive. Today's nearly 54,000 is staggering—an increase of over 40% in just three months!

Even more impressive: that number is only for the United States. Throw in the whole wide world and you’re talking 104,301 social media jobs that are up for grabs right now.

With a 98% placement rate, Miami Ad School’s Boot Camp for Social Media has a track record of producing grads with the skills companies are looking for. Our social media boot camp grads are out in the field working for companies like OMD, Sid Lee, Alma and Iced Media.

This is not an online course. It's not a weekend retreat. Boot camp, as the name suggests, is an intense 12-week rite of passage that will give you the tools and the mindset to be a world-class social media strategist. You’ll discover how to use your mind both creatively and analytically. You’ll learn that creating successful campaigns means knowing who your audience is, what they’re interested in, and the kinds of content they engage with on a daily basis.

World-class learning demands instructors who are leaders in the industry. If you aspire to be the best, you need to learn from the best. It’s just that simple. While in boot camp, you’ll learn from social media strategists, managers and creatives at the top of their fields. They’ll teach you the theory—but you’ll get your hands dirty too. You’ll learn the nitty-gritty of the job you really want so you’ll be fully prepared to produce stellar work—and nail the key performance indicators—from day one.

Become a world-class social media strategist this summer in Atlanta. The application deadline for the Boot Camp for Social Media is May 26th.