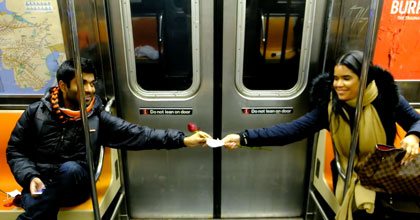 It’s Not WHO You Love. It’s THAT You Love.

You get on the subway (one of the least friendly places in NYC) and find a rose with a note attached that says "Give this rose to someone that doesn't have one." What would you do?

San Francisco Boot Camp for Account Planning graduate, Nick Smatt, decided to give some love to his fellow subway passengers. He placed roses with notes attached on each of his subway car's seats. Watch his video to see how people responded and hear what he discovered about human nature. 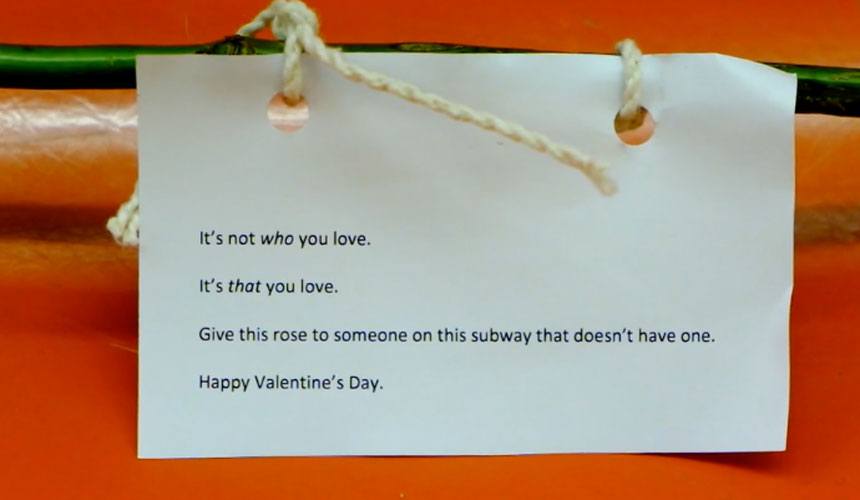 Pippa: What made you come up with this idea?

Nick: The combination of Valentine’s Day quickly approaching and my passion for creating film outside of work, the idea came to life on paper. After doing scrappy research which involved asking people about their perception of people’s wants and needs for a Valentine on the special day, it became obvious that there was no one single perception. There’s definitely mixed feelings about Valentine’s Day: some want a Valentine, some need one and others don’t mind. What’s universal, though, is the need to give and receive love, and I think that can be done even with a stranger on the subway. The insight that "it’s not who you love, it’s that you love" was born and there was no turning back after that. The execution pieced itself together with the idea to spread the message on notes, accompanied by flowers, to strangers. The setting had to be important and it hit me while riding a subway in New York City that I was standing in the perfect place to bring the idea to life – arguably the least expected place for something like this to happen in. After the film was complete, I needed a title, and “Go Love” hit me when I was walking to work. “Go Love” can be interpreted in multiple ways so it’s up to the audience to digest it and act how they see fit.

Pippa: How did you pull it off?

Nick: Miami Ad School art directors and copywriters have really been an inspiration for me since the beginning of Miami Ad School. I still keep in touch with a lot of them and have actually collaborated with them since the program ended. Being a Planner, I’m not as well equipped as they are when it comes to execution and knowing how to use the tools to bring things to life, so it’s great to have a network of people that don’t just think of ideas but have the know-how and grit to get them done. I think Miami Ad School does a superb job of instilling that quality in the students. For this project, I linked up with a photographer that had a shoulder rig and camera and he filmed it for me while I played the role of writer/director.

Pippa: How did people respond to seeing the roses/being given a rose? What were the most interesting responses?

Nick: Overall, people were surprised and delighted by the idea. There were, of course, people who were not interested in taking a flower, reading the note or giving and receiving the love, but that’s expected. I could be wrong, but it seems like if everyone likes your idea then something isn’t quite right, and strong ideas typically come with polarizing results. Since it was on the subway, people are more interested in getting from A to B than they are anything else, and that’s what they’re expecting, so the most interesting responses were those who were surprised with the rose and note before they got to B. The film was interesting and fun, but what’s been beautiful is witnessing the film being shared around the world by people I don’t even know and reading about how much it moved people. The fact that a simple insight, thought and execution can bring a smile or tear to someone’s face has been the most rewarding of it all. 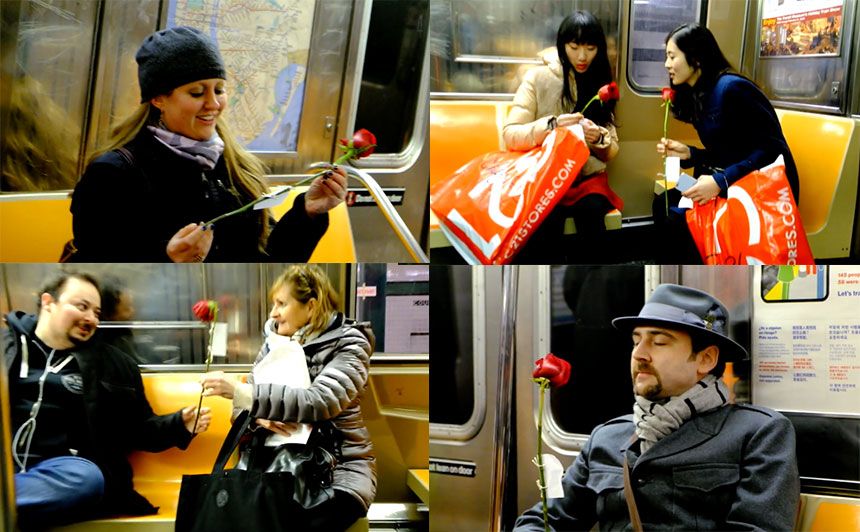 Pippa: What insights did the experiment give you on human nature?

Nick:  Humans are interesting people – sometimes what one says, thinks and feels can be out of balance and it’s fascinating to get to the core of human behavior to understand what one really wants and needs. The insights that the experiment gave me on human nature are that many people feel that love can take many forms – even with a stranger on the subway, that many people want to “go love” but need a person or excuse to do so and that the intangible feeling of belonging trumps many tangibles.

Pippa: Are you going to do it again?

Nick: Inspiration is everywhere and it’d be silly for me to stop thinking of what to do next. I may not execute the same idea somewhere else, but I’m always on the lookout for connecting ideas to people – especially people I don’t know.

Only 17 days left before the deadline!
Apply to the San Francisco Boot Camp for Account Planning. 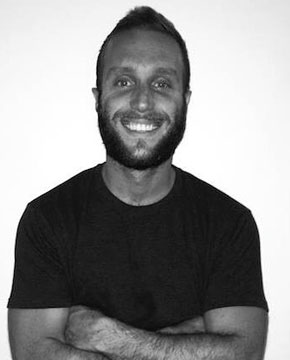 Pippa: What did you do before going to the Boot Camp for Account Planning? Why did you want to pursue a career in planning?

Nick: After three great years in account management, my curiosity for getting closer to the human behavior and creative aspects of the business drove me to Miami Ad School’s Account Planning Boot Camp. It was the idea of creating change using research, intuition and connecting the dots that pulled me to a career in planning. Miami Ad School opened my eyes to new ways of thinking and collaborating with different minds from around the world. Planning can be an “always on” job where inspiration can be at and far away from the office desk and the job description includes the willingness to be open to everyone and everything.

Pippa:  Where do you work now and what are you doing?

Nick: I’m currently a Planner at BBDO NY. It’s an agency filled with people who are passionate about the work. While no two days are exactly the same, my days are spent connecting the insightful dots between clients and their business goals, what’s happening in culture and an understanding of human behavior – with the intent of creating a compelling and interesting story for the brand that touches people in a meaningful way.