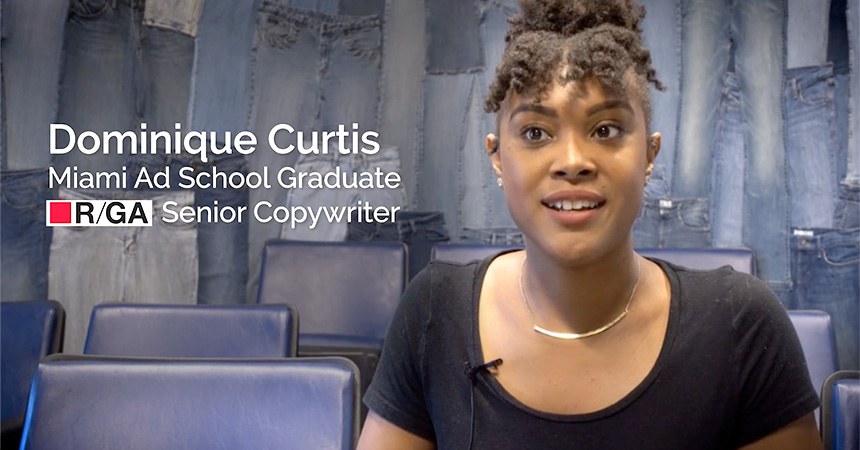 What Do Copywriters Do All Day?

Copywriting Can Be A Little Confusing to the Uninitiated. Here's What You Need to Know.

"Every day, there really is something new going on. Every day, you don't know what brief you're going to get."

—Dominique Curtis • Senior Copywriter @ R/GA, Austin
It's happened to every copywriter at least once. Someone—most likely an uncle you see but once a year or a third cousin—asks, "Copywriting, huh? Is that like when lawyers charge you money to protect music and stuff?" (or words to that effect). Most copywriters will turn, take a sip of beer, and earnestly respond, "[INSERT NAME OF DISTANT RELATIVE HERE], that's exactly what we do, you betcha," and then casually saunter away in the opposite direction.

Writers know better. They're like, "Why try to explain? It's not like I have an idea where to start."

On the face of it, once you understand that copywriters (as opposed to "copyrighters") come up with the copy in ads, you might rightly assume that a CW had a lot to do with an ad like this one, and you'd be right.

It's just words and a picture of beer, so, uh, yeah. But copywriters also work on things like this:

Copywriters come up with ideas. Sometimes they're expressed by copy and voiceovers. However, sometimes the ideas are so big, you don't need words at all. At Miami Ad School, writers are teamed with art directors, just like you would be at an agency. It's a partnership about ideas, but the roles sometimes differ in how those ideas show up. It's not complicated—say you wanted to make someone laugh. If you're a writer, you'd probably tell a joke. An art director? They might draw a funny picture. In both cases, the goal is get a laugh. But, sometimes, if you put the joke and the drawing together, some magic happens and you get an even bigger laugh. The AD and the CW each bring something different to the table. But sometimes it's the art director that tells the joke and the writer is drawing silly pictures.

Every assignment brings with it a different problem, and when finding ways to get the right message across, two (or three, or seven) heads are better than one. It's also much better if those heads don't think in quite the same way.

So, what does a writer do everyday? There's no easy answer to that except to say this: writers are always coming up with ideas. Or executing ideas. Or presenting to clients. Or maybe deciding whether they want a mechanical bear or to cast a real live grizzly for a shoot. The ever-changing variety is part of the fun.

"As a copywriter, you get to take on more than a single role. You are a writer, poet, songwriter, storyteller, screenwriter, inventor, scientist, researcher, carpenter, soldering specialist, sommelier … and anything else you can think of. It’s never the “same-old, same-old."

Dominique Curtis with one of the best descriptions of what being a copywriter is really like.