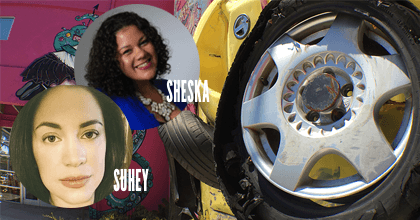 Miami Ad School graduates Suhey Saldarriaga and Sheska Ocasio imagined the most powerful metaphor possible for dangers of texting and driving, creating a cautionary sculpture for the age. 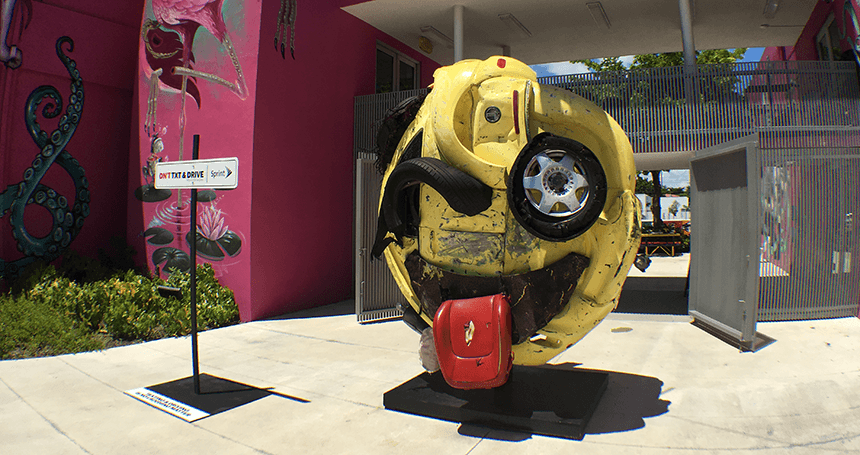 After its initial exhibition at 1200 Brickell Avenue, in the heart of Miami’s financial district, the sculpture by artist Rudolph Kohn is on display at Miami Ad School’s Wynwood location.

The “don’t text and drive” message is an important one. However, the more important a message is, the more often it’s repeated. As a result, some of the most important safety messages we need to convey are often reduced to background noise, simply "played out" by uninspired, and banal communication efforts.

How does a creative team take a message so degraded by uninspired repetition and make it relevant and once again worthy of attention?

That was the challenge facing art director Suhey Saldarriaga and copywriter Sheka Ocasio. Their client at Alma, Sprint, needed to get this message across in an unprecedented way. In a classic use of contrast and cognitive dissonance, they brought together the “Crazy Face Emoji” and an actual wrecked car fresh from the streets of Miami.

The sheetmetal of a violently destroyed vehicle taking the form of a playful emoji make the viewer uncomfortable, so much that the branding sign and its line “DN’T TXT DRIVE” are a formality. The message is direct, visceral and—most importantly—memorable.

“The topic of texting and driving is so important and so relevant, but it’s been used and abused. So we wanted to talk about it in a new, creative way. And what better way than with emoticons, which have become an integral part of the social conversation?” 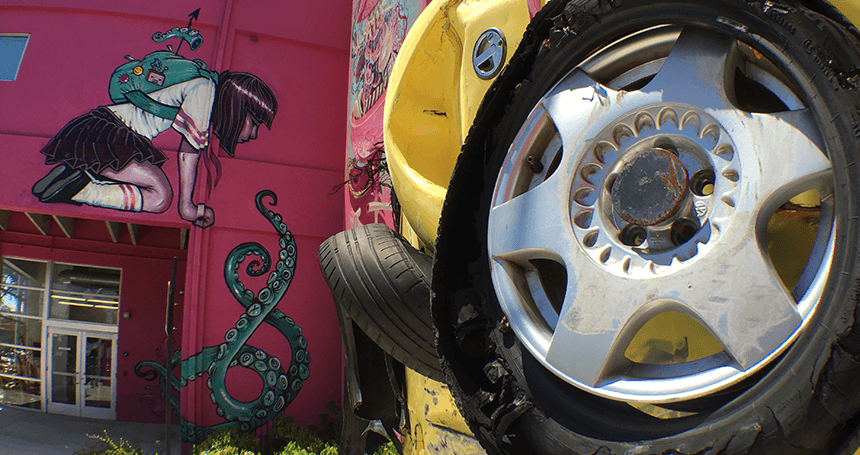 The three-day-long event garnered over 1.7 million tracked mentions of the #SprintDriveSafe tag and over $1.3 Million in earned media impressions. The local event received international attention via media outlets such as CNN, CNBC, Konbini, CBS, The Huffington Post and ABC News.

This is a great example of an assignment that—in the hands of less talented creatives and a less supportive and dynamic agency—could have been a missed opportunity. For a message as timely and serious as this, it’s a good thing that Suhey and Sheska were there to make it awesome.

Creativity isn’t just cool, it can save lives.