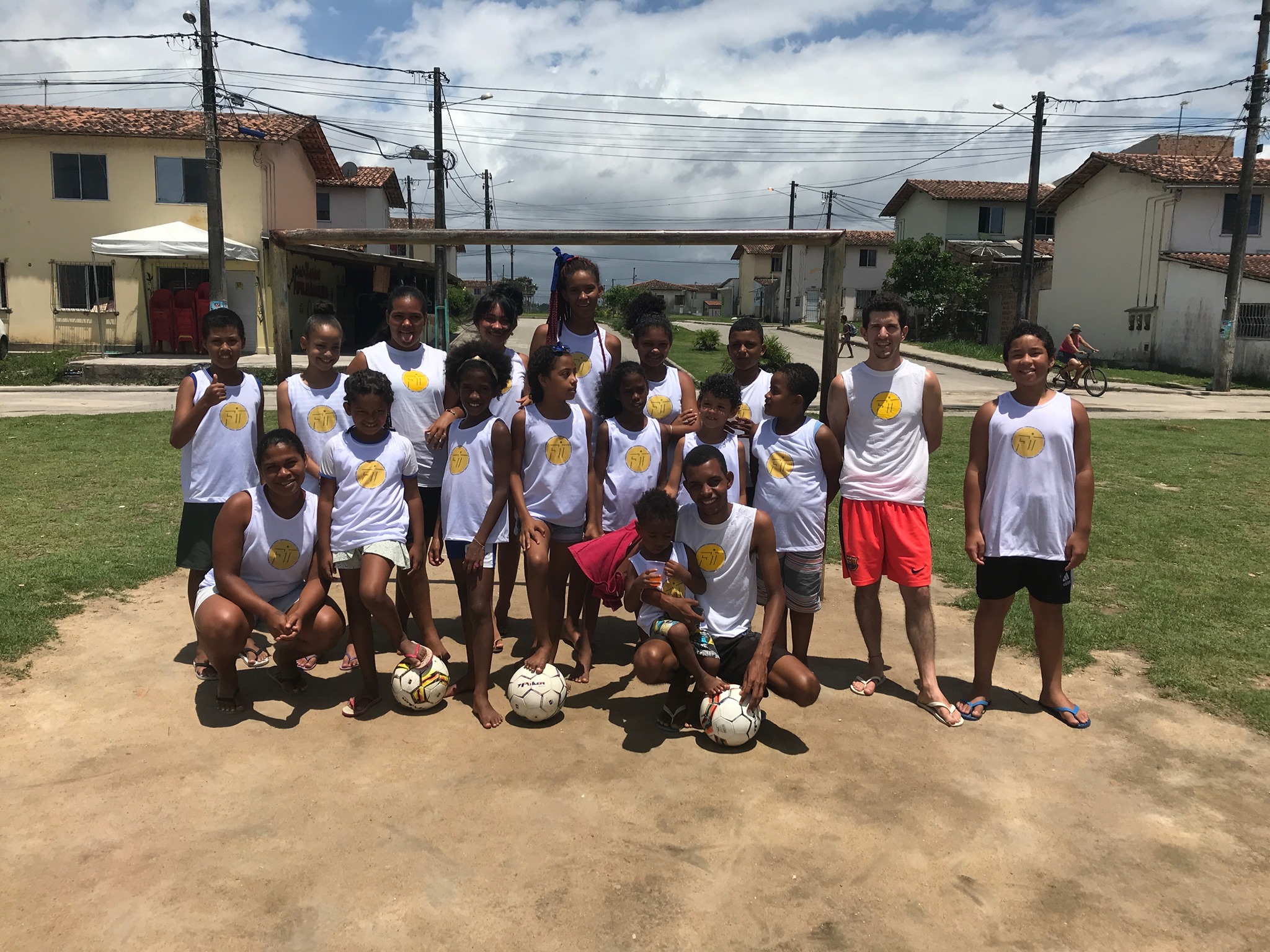 Jordan Had An Idea

Jordan is American. Born and raised in Chicago. He gives these kids soccer lessons. Yes, soccer lessons in a country famous for the “Beautiful Game”. But in these villages no one has the money to pay someone for any kind of lessons. These kids scratch for clothing. For food. For everything. Jordan knew about their poverty. So, out of his own pocket, on breaks between Miami Ad School where he studies Digital Design, Jordan flies to remote villages and teaches these kids both soccer and English.

No one pays Jordan. His lessons are free.
Where did this idea come from?

Well, Jordan has loved soccer all his life. And he loves teaching. He has his TEFL Certificate to teach English. And he wanted a way to make teaching and learning English more fun and interactive. Of course. Just combine soccer with conversational English. Make others feel good and his reward is the gratification of helping poor kids who have nothing. He gives the gift of education in English and skills in a game that might someday produce another Pele.

He chose Brazil because he loves the culture and people. Also because there soccer is as important as religion and because he wanted to learn Portuguese.

He began his idea in 2018 with the goal of doing one session with an underprivileged community outside of Sao Paulo. He ended up staying a month and doing six sessions.The experiment was more successful than he had imagined and he was hooked. His next trip was to Porto Seguro and he did a two-week session in Vila Valdete, another small village. Since then, Jordan has done three more two-week camps, joined now by local trainers/professors from the local government of Porto Seguro.

In September he goes back to do a fourth camp. Now with help: Henry Mairena (Miami Ad School President) and a local barber who comes to the village to cut the kid’s hair.

In addition, last quarter at the fundraiser of Miami Ad School and, ViceCity1986 (the hardcore supporters of David Beckham’s new MLS team in Miami) donated 14 pairs of shoes for the kids in Jordan’s soccer/English camps. Jordon is now looking for bigger sponsors and partnerships to give credibility and to scale the project.

Oh, by the way, when Jordon gave the soccer shoes to the kids, they didn’t want to take them off. Except however, when they played a game with another village. They refused to wear the soccer shoes. When Jordon asked why they wouldn’t wear the shoes, his boys answered, “because the other team is barefoot.” Follow Jordan's social initiative on Instagram.

Change the world with your ideas.
Find a career you'll love.
Apply Now!