Around 2 years ago I received a message from a young aspiring creative asking me for advice on where to study advertising. It was a short message, sent to my LinkedIn profile. Reality is that I tend to get lots of messages on LinkedIn. People trying to present services/products to Burger King, people asking for job opportunities, people asking for recommendations, among so many other topics. So naturally, most of the messages end up drowning in a sea of clutter which is my LinkedIn inbox. But for some reason I did reply to this young creative, Ana Miraglia. My answer was short and simple, written before 1:00 AM. My answer was: “Miami Ad School”. She was kind enough to send me a “Thank You” and we both moved on with our lives.

A student idea so good it won three Cannes' Lions

Together with Anselmo Ramos, I visited Miami Ad School in Miami (sorry about the redundancy, but they do have other campuses) to talk to Pippa about trying to establish a partnership between Burger King, DAVID The Agency (Anselmo was one of the founders of the agency) and Miami Ad School. Anselmo and I saw a potential partnership with the school as an opportunity to identify new talent, fish for new fresh ideas and teach a class (something that both of us have always been very passionate about). And that's how Anselmo and I started to teach “Pop Culture Engineering” at Miami Ad School.

I’ve always had a great affinity for Miami Ad School. Many of the creative folks that have worked with Burger King came from there. And thanks to those relationships and the fact that I live in Miami (only a few blocks from the school!), I decided to reach out to Pippa Seichrist, the co-founder of the school to see if we could potentially do something together. Now that I think about it, I think I was also probably subconsciously motivated by my own recommendation to Ana Miraglia back in September 2016.

“We love working with the students. It’s a way the brand and agency can give back to the emerging creative community, and gives us the chance to invest in the next generation of ad talent. The students have the opportunity to get involved with real-world projects and get in front of a big brand and a global creative agency.” - Paulo Fogaca, Global COO from DAVID The Agency.Anselmo and Fernando teaching at Miami Ad School in Miami.

The experience of teaching at MAS was really cool. The class was a mix of us sharing our experiences, talking about famous campaigns, introducing some guest speakers, and most importantly providing the students with a real Burger King brief. Teaching Pop Culture Engineering forced Anselmo and I to better structure our thinking so that we could properly explain how and why we do things the way we do them. And it was incredibly rewarding to see students presenting ideas that evolved a lot throughout the 10 classes of each quarter. It’s no wonder why Anselmo and I were coming back for more to teach quarter after quarter. 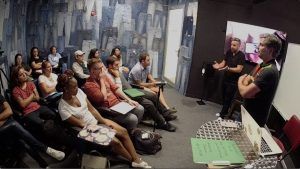 As we improved our teaching methods and as the students gained more knowledge and a greater depth of understanding of the Burger King brand, the caliber of the ideas started to increase exponentially. Anselmo and I began to look at each other and say “wait a second, this is an idea that could actually work!”. This reaction started to happen with more and more frequency. So, we decided to work closely with Pippa to come up with a way to partner with the school and the students to really bring some of the ideas presented to life. And while some may think that having an idea come to life in the real world would already be prize enough for the students, we decided to take it even further.  Burger King offered to either a.) pay for an entire quarter at the school or b.) bring the student(s) to Cannes (all expenses covered, including passes) for the ideas that we decided were going to happen for real.

After we discovered this new potential source of cool ideas, Burger King also decided to become a sponsor of the D&AD New Blood. The Design and Art Direction (D&AD) exists to stimulate, enable and award creative excellence in design and advertising. The D&AD Award Show is one of the most reputable (and one of the hardest to win) awards shows in the world. And the D&AD New Blood is the student/ young professionals competition from the D&AD Award Show. As part of the sponsorship, we created a Burger King brief together with the D&AD team and became a part of the competition.

“After 9,699 brief downloads to 97 countries and 412 entries, your assignment was one of the most popular in New Blood's 40 years.” - Sammi Vaughan, Partnerships Manager, D&AD

And, guess what? Many of the ideas were outstanding. Marcelo Pascoa (Head of Global Marketing for Burger King) and Katie Evans (Marketing Director for Burger King UK) were part of the jury. We ended up awarding a total of 14 pencils. In fact, we had 2 yellow pencils (and those are rare!), one of which went to Miami Ad School students. MAS also brought home 2 of the 3 graffiti pencils.

Out of the Miami Ad School classes and our partnership with MAS, we ended up executing 2 ideas for real in 2018. One of them was called “McMansions” and the other was called “Whopper Donut”.

McMansions was presented by two students from Miami Ad School New York directly to DAVID. They were using the brief we developed for the D&AD New Blood. It was a really ambitious idea which grew a lot when the students connected with the agency. The original idea was not a print ad, but thanks to collaboration, it evolved to become an award-winning idea. McMansions pokes fun out of BK competitors by showing that even their top executives flame-grill when they are at home.

Whopper Donut celebrates National Donut Day (yes, that's a thing) by “launching” the Whopper Donut (a regular Whopper with a hole in the middle) 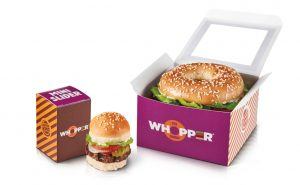 Two students presented the idea for Whopper Donut during one of our classes. Again, we plugged the students in with the folks at DAVID The Agency in Miami. We also boosted the design by bringing JKR (Jones Knowles Ritchie) to the table. A simple, neat, super on-brand idea which was deployed globally by Burger King. All via a real collaboration between students of Miami Ad School; DAVID the agency; Burger King and our partner agencies. 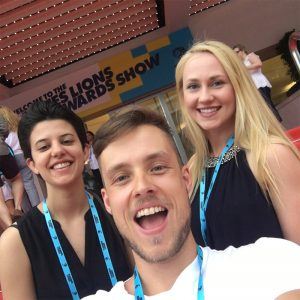 Wait a second? Did you just read “Ana Miraglia”? Remember that name? YES! This was the Ana Miraglia who wrote to me 2 years ago on LinkedIn.  Pretty cool, right? She left Cannes 2018 with 3 Lions in the bag (2 Silvers and 1 Bronze) thanks to the idea she had with Marina and the collaboration with DAVID The Agency in Miami. I am talking about 3 real Cannes Lions awarded for real work that was deployed across multiple geographies. I call that “Maktub”, which means, “It’s all written” (a term used in Paulo Coelho’s book “The Alchemist”). How is that for karma? And how does it feel to have 3 real Cannes Lions in your portfolio?

“Together we were able to give these promising students a chance to get the experience they’ll need when they graduate, and they absolutely love it.”- Pippa Seichrist, Co-founder and Head of Innovation & Development, Miami Ad School

So, today we continue to have a Burger King class at Miami Ad School (currently Marcelo Pascoa and I teach in Miami) and we are getting ready for our second D&AD New Blood brief. It is a lot of work and a huge commitment (our class ends at 10 pm on Tuesday nights…) but it is also a lot of fun and worth it when we see new exciting talent come through the ranks. Reality is that great ideas do not simply fall in your lap. You have to work hard for them, you need to be patient and you need to have the right partners to bring them to life. And Miami Ad School is probably a great place to start if you are looking for an unexpected Cannes Lion.

No Tests. No Books. Learn by Doing.