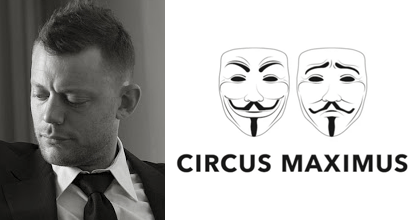 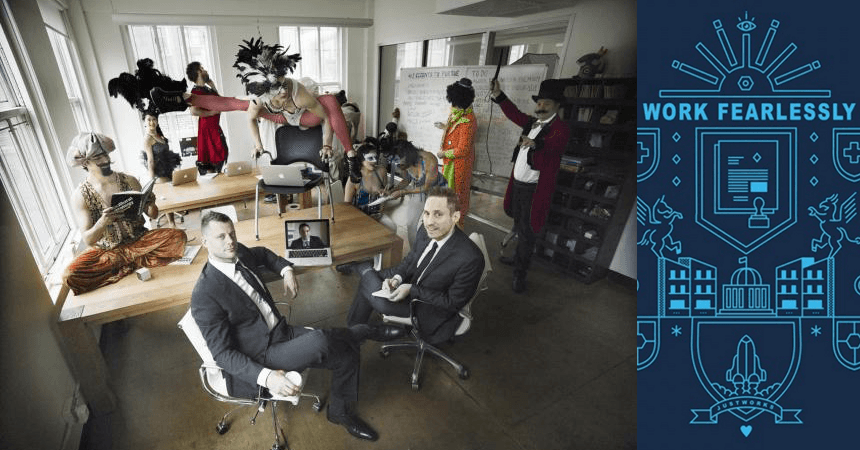 Some moments—and some students—stick with you. Many moons ago, Ryan came into my first-quarter Copywriting class and hit the first assignment clear out of the park and into the street. I’ve never forgotten that.

So, the news that his agency won B2B Small Agency Campaign of the Year from AdAge is not the least bit surprising. I took the opportunity to catch up with Ryan and get the latest on what all of this means and what’s up next for Circus Maximus.

Carlos Vazquez: After working at CP+B and JWT, what drove you to start Circus Maximus? How did those experiences influence your decision to go down this path?

Ryan Kutscher: The agencies were pretty different. Although CP+B was partly owned by a holding company during my time, it was very much an independently run, creative-first agency for most of my time there. I really got lucky with the timing— and the people there—and the opportunity. When they said, “creative first” they meant it. Everything, including finances, came second to the creative. So that was instrumental with the way I learned to approach a brief, and to think big. All that was expected of me at that time was to come with the biggest, most interesting, and smartest ideas I could think of. Also, the same was true of the other very talented people there. So there was this huge carrot dangled with every brief, and you just had to learn how to create and craft an idea. There were a ton of super-talented people there who were doing the same thing, so there was a competitive environment. I needed to bring it on, because all these other people are going to be bringing their best ideas. And at that time, the agency's reputation was for being the “pace car” of the industry. So it was intense. Long hours, but great, great opportunities.

JWT was a different set of circumstances. They had assembled a new leadership team, of which I was to be a part. And the mission was to change the creative profile of the agency, which also entailed changing the culture, internal processes, as well as the interaction between the agency and both its existing and new clients. I probably learned more—and faster—at JWT. I got a much broader view of how the business of advertising can, and should work, and, ultimately, how maybe it shouldn't. I viewed it as my trip to the Dagobah system, to finish my Jedi training. I also jokingly refer to it as my first job in advertising. Meaning my first experience in a big, global, New York network machine. So it was actually before that experience that I had a vision of creating a small agency, creatively driven, but with an eye towards really delivering business-changing ideas. Ideas that get expressed through advertising, but other channels as well—CRM, e-commerce, PR—all the various interrelated parts of brand and business building. After about a year at JWT, I realized I didn't have much of a plan. So, I put that non-plan into action, and that became Circus Maximus.

CV: What does being recognized by Ad Age mean to you as founder and to Circus Maximus as a whole? Where do you see Circus Maximus heading next growth-wise?

RK: It's very rewarding. Perhaps more so than any other award I’ve ever won. At CP+B, I had a creative director who took me aside—Rob Reilly—some time in 2005 or 2006 and he said, "Just so you know, this isn't reality. Everything we work on here we get a chance to do something incredible, to do award-winning work. We have clients who are buying these ideas in our meetings, they're signing checks, sending us off on production to go make this stuff. This is not how it ever goes, and don't expect it to be this way, because it won't." And he was basically right. Although we had another guy named Alex who was a reality-distortion-field-type who, without articulating it, essentially willed this situation into existence. I picked up—I hope—some of the good aspects of that as well.

For the future, we are working really hard to continue to create great ideas for our existing clients, and doing the business development stuff to hopefully meet new clients that will recognize what we're doing.

Honestly, that was the hardest part of starting an agency—the crushing pressure to put out work that we felt good about, that was representative of our approach to creative thinking. I lost some hair over that whole thing. Now here we are three years later, and it's finally starting to feel like we have a solid body of creative work. JUSTWORKS is the cornerstone of that. It allows us to go confidently into new business meetings and say, “Here's how we meet a difficult challenge with our creative approach."

“The hardest part of starting an agency was the crushing pressure to put out work that we felt good about.”

CV: It’s great to see that the JUSTWORKS campaign is an honest-to-goodness killer copy campaign. It really warms this old copywriter’s heart. How did this campaign come to be? What insights did you bring to the table as the founder of a growing business that’s dealing with all the issues the campaign dramatizes?

RK: Sometimes you just have a feeling; an understanding about a business or the potential of a brand. This is what the discipline of strategy seeks to uncover. With JUSTWORKS it was just laid bare, probably because we'd been through all of the challenges they are set up to solve for small businesses. We ourselves were a small business. I remember saying, "What the hell is compliance?" And they'd done a flight of out-of-home (a run of outdoor advertising. Ed.) that gave some clues as to their personality, their sense of humor, but also this need to articulate these complex solutions. So we had a first meeting, like a “chemistry” meeting, to which I brought some creative. Which normally you might not do, because you don't know the folks, and you don't want to jump ahead, but those lines that we shared at that meeting made it into the first round of official work that we did with them. In my mind, I felt like they painted the corners of what could be this big, important, and very helpful brand. The people at JUSTWORKS are super bright, they have a very clear idea of who they are, what they do, and where they want to go. So the relationship—I felt like—just hit the ground running. Sometimes you look at a brand or product and you maybe don't fully understand it, or the insight as to what problem it solves for people. With JUSTWORKS it was like we collectively said, "Ok, it's this. And this is super important and we know how to tell people about it."

CV: You had really great creative chops right out of the box. How have you grown as a creative and a professional during the course of your career?

RK: I was in college for economics which I always enjoyed as a social science. But, I had no real idea of what I was going to do for my career. I'd always been a creative student. I took creative writing and art classes in the summer, that kind of thing. So I was like, what do I do now? I took up a business minor in college for which I had very little interest or aptitude. I remember signing up for "Accounting 202," because I had missed my opportunity at "Accounting 201." The business school administrator looked at me and said, "This class is going to eat your lunch." But, I like lunch. In fact, I prefer to eat my own lunch. So I dropped out of the business school. But, luck and IT issues were in my favor when I got an email from the business school for a one-credit class in advertising my second semester senior year. It was taught by a former creative director from McCann named Sean Fitzpatrick. He had been talking for about five minutes when I knew what I was going to do. Yada yada yada ad school, and boom.

As far as personal growth is concerned—if I've matured at all, which is certainly open for debate—it’s been about putting the business side of things at the center of what we do, and to have some fun around it. Because ultimately that is our stated mission in this business. We're supposed to make businesses run better.

CV: If you could go back in time and give a message to your first-quarter-at-Miami-Ad-School self, what would you say that could better have prepared you for what lay ahead?

RK: I absolutely would not have listened to future-Ryan at that time in my life. But I'd say, “Go with your gut, and be patient. Nothing happens as fast as you want it to.”