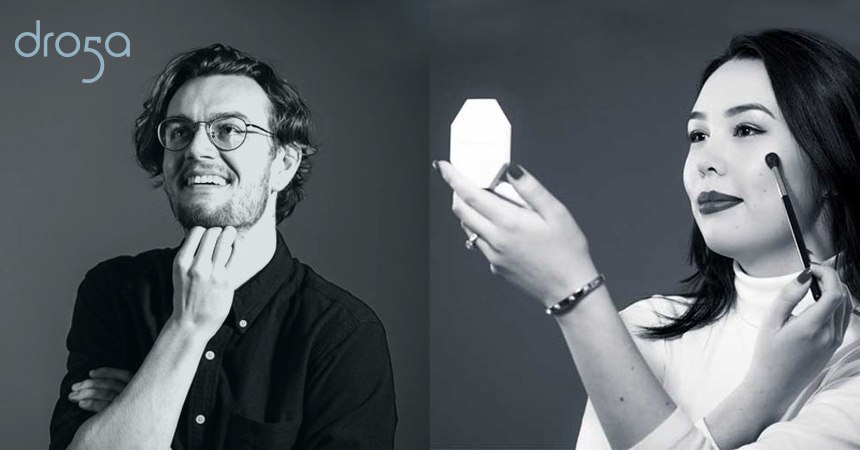 The Pros of Miami Ad(vertising) School

This past week, art director/copywriter team Jackie Moran and Ben Brown were featured in an Adweek article discussing the advantages of attending an advertising school.
"If Ben Brown and Jackie Moran hadn’t enrolled at Miami Ad School in New York, they may never have met, started to collaborate or hatched a plan to land internships at Droga5."

T.L. Stanley "These Are the Pros and Cons of Going to Advertising School," Adweek, June 12, 2018
The plan they hatched (a "slightly intrusive stunt" targeting Droga5's creative coordinator, Chloe Harlig) earned them the internships—and well-deserved media coverage for their daring from Adweek. The self-promotion campaign they created led to them being hired by Droga5 right after they graduated.

Adweek details some of the most important reasons someone wanting to launch their creative career should of attend a "portfolio school," another name for schools like Miami Ad School. (The concept originated from our Co-Founder Ron Seichrist, when he established what is now Miami Ad School @ Portfolio Center in 1978.)

Because Miami Ad School creates an environment that draws people like Ben and Jackie together, they met and soon began to collaborate. The school provided what they needed to grow as creatives. They were surrounded with mentors, women and men, that make today's award-winning campaigns and who taught them how to create winning work of their own. The school provided them with chances at the in-the-field experience they couldn't get anywhere else. They were able to hatch a plan to intern at Droga5 because Ben and Jackie were provided with an actual internship slot to compete for. It was just one of over 800 real-world opportunities available exclusively to Miami Ad School students every year.

Miami Ad School is the creative talent resource for recruiters at the
best agencies in the world. More than that, it's a network of locations
spanning the planet and the very origin of the term "ad school."

How Do You Stand Out in a Crowd? Create Something New.

In the article, Ben brought up an important point. "… the industry may end up with less diversity and fewer voices because a lot of people can’t afford school." This is an ongoing issue in education and dealing with it requires deliberate effort. Miami Ad School has always had a very diverse student body and today's creative industries are seeking out greater numbers of minority candidates that reflect the increasingly diverse U.S. population. That's why, in 2016, the Miami Ad School Minority Advertising Scholarship was created. Every year, the school awards twenty $10,000 scholarships to minority applicants. In fact, the first awarded scholarship program students will be graduating and entering the industry this summer. These graduates will bring their perspectives and voices to an industry that sorely needs them.

The creative career of your dreams is out there. Learn how to apply.