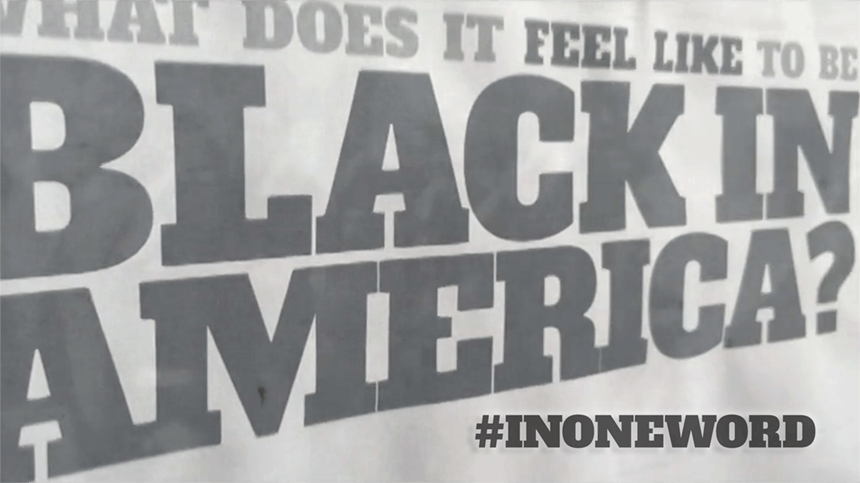 The Truth About Race in America, In One Word

In One Word, a finalist in Miami Ad School’s Unity Initiative, asks participants for just one word and the answers unmask the multifaceted truth about being black in America.

We need action now. Our country has a major problem with race relations. Tens of thousands of people of all races protest in streets but when the march is over the conversation about race ends. How can people continue to peacefully express their desire for change?

Miami Ad School students in Atlanta, Miami, New York and San Francisco brainstormed ideas to encourage racial understanding and unity. The student teams came up with 100 unity initiatives. Judges, leaders in industry, government and advertising, selected the top seven. Now you get to be the judge. Pick the best idea. To help you decide, we’re featuring each finalist in a blog post of their own.

A student team from Miami Ad School Atlanta created "In One Word". We asked Lauren Kimrey-Sanders, an art direction student, about the process of developing In One Word. Lauren worked with Kaityn Clark a copywriting student, to create posters that asked in one world “What’s it like to be black in America.” You can download the posters and post them your neighborhood. These answers—the collective voice of a community—can perhaps give the majority its first real understanding of the pride, the challenges and the intricacies of the African American experience.

How did you both approach this project? In your minds, what was the challenge?

We approached this project with caution and intimidation. We are mainly speaking to one demographic—African Americans—but also to the public at large. So, how do you speak to everyone without offending at least one person?

We were incredibly excited to approach the topic, but there was much to consider. The issue we were given to tackle is not a comfortable one. It’s a topic that, for the most part, everyone is talking about but seemingly not much is actually being done, which is where the frustration stems from. This is not a new issue. Black Lives Matter may be a new movement, but African Americans have been oppressed in the United Sates for several hundred years. So, we had to ask ourselves, “What has been done before? What hasn’t? What, if anything, has worked in the past?”

Where did the crucial insight for In One Word come from?

First, we researched the problem. As we said, this is not a new issue, but the media has definitely recently escalated the coverage of violence against African Americans by police officers. To us, the main issue was staring us in the face: violence. We knew that we needed a solution that would allow for the opposing sides to talk to each other rather than resort to causing physical harm. We want black people in America to have their voice be heard. This is how we arrived at In One Word. It allows each individual to contribute their own “one word” anonymously by just filling in their response on a poster, or take a more public stand and put their “word” out there through social media. One word alone may seem small and insignificant, but a collection of one hundred words, one thousand words, one million words, conveys a message that cannot easily be dismissed. 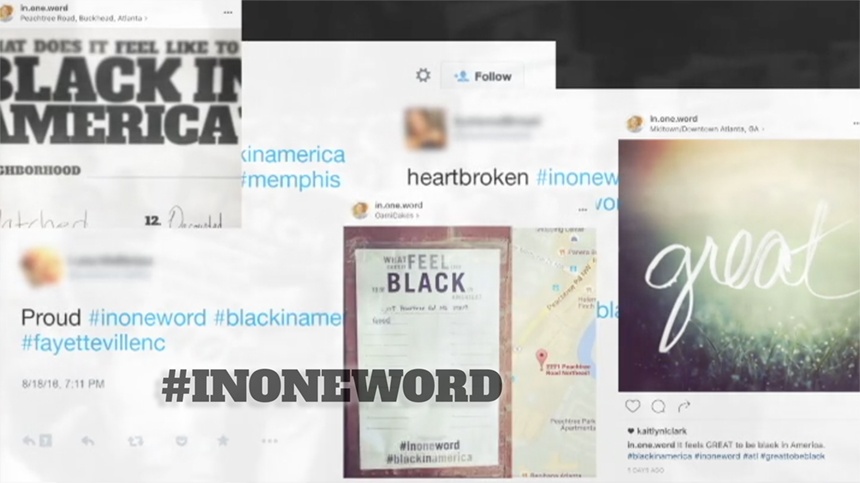 What would you like to see In One Word accomplish?

We understand that In One Word will not eradicate the issues we face. But if the work can help individuals find and express their voices, then we can consider our project a success. While we were out putting up the posters to implement the campaign, we were able to have conversations with strangers on the issue, exchanges that would have never happened otherwise. Our goal is to start a conversation and speak to each other, rather than at each other. In the end, we encourage everyone to speak out. Find your voice and use it not only for yourself but for others and tell us how you feel, In One Word.

We asked ad industry luminaries, government officials and community leaders and got their opinions on the Unity Initiative finalists. R/GA’s Barry Wacksman voted for In One Word:

Truth can be found in just one word. Vote for In One Word here.